Can corona virus transmitted by parcel received from china? You should know before...

Can corona virus transmitted by parcel received from china? You should know before... 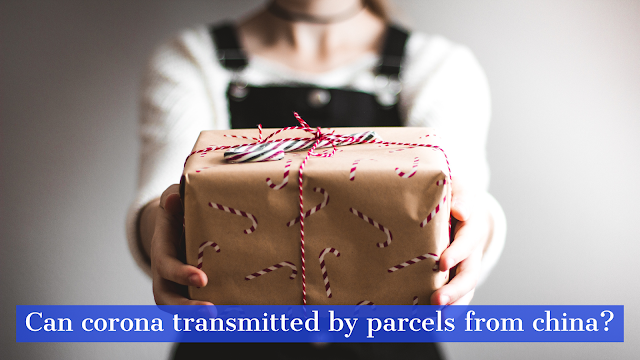 According to the Center for Disease Control and Prevention (CDC) experts, the corona virus can survive for weeks on living things, such as humans or animals, but on non-living things, the virus dies in a matter of hours.
Thus, the chances of getting the virus on parcels, packets, letters or goods coming from China are blurred.  Dr. of the Center for Infectious Disease Dynamics at Pennsylvania State University.
According to Elizabeth McGraw, the cardboard box is not a good breeding ground for any type of insect.  However, the cases that have been observed outside China so far have not been due to parcel or package handling.
What is the biggest fear?
According to the CDC, the biggest fear is the droplets from the nose of the corona virus.  Corona virus is the most virulent type of fluid that comes out of a patient's nose and needs to be disposed of.  Corona virus can be transmitted into the air even when such people sneeze.
Who gets more infections?
New corona virus can infect people of any age.  People with asthma, diabetes, and heart disease are more likely to become infected.